Starting in 1978, a constellation of 24 satellites (now 31 including spares) were placed in orbit. The goal of GPS was to allow precise delivery of munitions by the U.S. military. But the program was nearly canceled again and again in the 1980s. The first operational use for its intended purpose was in 1991 during Desert Storm; it took several more successes for the military to accept its utility.

Mistaken predictions lead to fears of things that are not going to happen.

Today GPS is in what Amara would call the long term, and the ways it is used were unimagined at first.

This important article from MIT shows how it will take longer and cost far more to effectively harness the benefits of AI. MIT state that unless an enterprise has successfully progressed its digital journey it will almost certainly fail to benefit from AI.

And remember that AI is only a part of the overall story. Even the manufacturer of the world's most AI enabled vehicles and manufacturing plants, TESLA, is still dependent on technology deployed in 1968 :-

These replaced electro-mechanical relays but still operate in a rigid and structured manner. It takes weeks for consultants to reconfigure these in the same way it takes weeks or longer to reconfigure insurer's core legacy systems. Robots are tied to this limitation.

This is one reason why it takes longer and costs more to plan and deploy AI then vendors pretend when hyping the benefits.

Nevertheless organisations need to square the circle and choose technology partners that deliver the digitisation journey and provide the digital platform for  effective General Artificial Intelligence.

The report below shows the sins to avoid.

A lot of AI researchers and pundits imagine that the world is already digital, and that simply introducing new AI systems will immediately trickle down to operational changes in the field, in the supply chain, on the factory floor, in the design of products. Nothing could be further from the truth. Almost all innovations in robotics and AI take far, far, longer to be really widely deployed than people in the field and outside the field imagine. 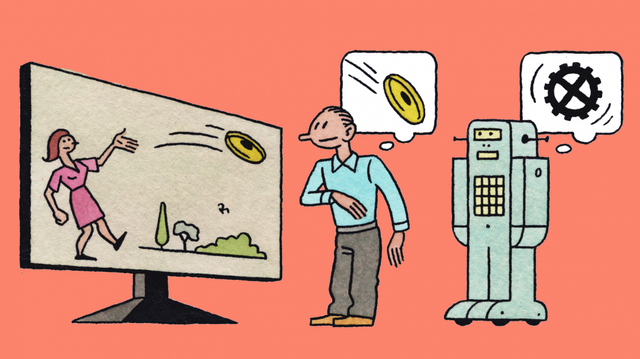 "I recently saw a story in ­MarketWatch that said #robots will take half of today’s jobs in 10 to 20 years. It even had a graphic to prove the numbers. The claims are #ludicrous " — Rodney Brooks,
#ai #machinelearning #cto #ceo…https://t.co/Tlns0M09w1 https://t.co/jP58Z3xBs3

"When you want to change information flow, or control flow, in most factories around the world, it takes weeks of consultants figuring out what is there, designing new reconfigurations, and then teams of tradespeople to rewire and reconfigure hardware."https://t.co/DH4UP8tB1a

#AI seems to be gaining the most traction in the areas of the business that create the most value within a given industry
Business functions in which AI has been adopted, by industryhttps://t.co/7jiAAmc2ew#banking #FinTech #finserv #technology #strategy #disruption @McKinsey pic.twitter.com/45oPO1Npn4

Looking at change through the lens of disruption
Adam Elgar