Are you one of the many that have a failed POC? Or one that seemed to work OK but never scaled? Are you like many an insurance leader with skeletons in the "Innovations that never made it to Production" cupboard that you would rather forget about?

There may well be value in that cupboard and the reason the life was sucked out of POCs was not the idea or the technology but the people.

Draw a deep breath and benefit from the wise words of  Dan White from Ninety Consulting. Using the Wild West as an analogy he explains why people and teams often get in the way of successfully scaling POCs and minimal viable products. It is rarely the technology or the innovation idea that limits success.

Dan tells a story which sets the scene and explains why so many POCs are doomed to wither on the vine in the fierce desert sun.

Let me tell you a story…

When the Wild West was being explored, three types of people were involved.

First, the Pioneers: they looked West with hunger, impatience, and insatiable curiosity. They were comfortable with the unknown and itched for new experiences. Very little could hold them back, and so they boldly went West, exploring the unknown and making new discoveries.

Happening, one day, upon a perfect site for a settlement, the Pioneers cut a few trees and quickly built a basic shack – a sign of the ‘promise’ the site held. The views were great, the water supply ample, and natural resources abundant. But the West was calling, and it wasn’t long before their curiosity drew them ever-onwards, over the next unexplored horizon.

Next, the Settlers: these hard-workers weren’t comfortable with the unknown, and so they waited until the Pioneers set off, letting them blaze the trail. Once that trail was blazed, though, and the report came back of a perfect settlement site, they picked up their tools and went off, eager to build the settlement. Arriving at the site, they chuckled at the Pioneers’ basic shack, quickly knocked it down, and set about marshaling resources, organizing themselves for construction, and building a proper settlement.

Over many months, the Settlers worked hard, and built out a full settlement, with roads, buildings, and administration facilities. Then they downed tools, sent word back down the trail to those they had left behind, and wondered what next. At that moment, a message came back from the trailblazing Pioneers, who had found a new site to settle. The Settlers picked up their tools and headed off down the trail.

Last, the Sheriffs: these organized individuals don’t tend to explore or build things, but they’re great at overseeing things that already exist. When the report came back from the Settlers, announcing the readiness of a new settlement, one of the Sheriffs set off immediately and set about organizing and running the new settlement.

For years thereafter, the Sheriff ran the settlement well, maintaining law and order, and collecting taxes. The settlement thrived under the Sheriff’s leadership and became a vibrant, populous town.

Let me translate this back to our day-to-day of insurance innovation:

The settlement site is a new business opportunity, and the ‘quick shack’ is the MVP or pilot.

.. how we engage/deploy each of the Pioneers, Settlers, and Sheriffs. Some tips we’ve learned the hard way, are offered here as something of a ‘framework’ for building effective innovation teams: We’re careful about letting the P&L owner or sponsor initiate the process.We’re protective of letting the creative innovators unleash their creative spirit early in the ideation phase.We’re deliberate about bringing the change/ops / IT / regulatory teams on the journey, from surprisingly early on. (Avoids ‘not invented here’ syndrome, in our experience.)We’re clear on the P&L owner or sponsor being the one making the go/no-go (or pivot / persevere) decisions after each stage.As you build your own innovation teams, think long and hard about the roles you need; when you need them involved; how to hand-off; and how to ensure each role is valued. 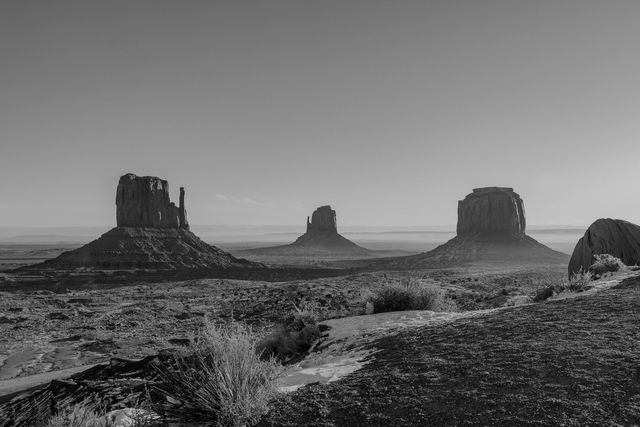 Covid as a Catalyst for Transformation
Mike Daly

Is your business ready for the challenges and advantages of long term remote working?
Harriet Kirk