YOU HAVE to hand it to the “technoking”. For all his impish self-aggrandisement, mockery of deadlines, baiting of regulators and soon-to-be-sideline as a “Saturday Night Live” comedy host, Elon Musk is deadly serious about technology.

"On Wall Street, the value ascribed to Tesla’s relatively low-margin EV business is increasingly eclipsed by a mixture of more nebulous, but potentially more lucrative ones, mostly involving software. Those include the sort of connected services, such as maps, entertainment, ride-sharing, semi-autonomous driving and over-the-air upgrades that make Tesla cars a geek’s dream. Few assume, as Mr Musk does, that fully autonomous “robotaxis” are imminent. But some, such as Mr Jonas, think fleets of Tesla ride-sharing services, probably with someone at the wheel, will soon be rolling through city streets."

Monetisation of data from connected vehicles, drivers and passengers is (or if not should rapidly be) a key strategic issue for vehicle manufacturers, mobility service providers, repair networks, insurers, smart city and highway planners.

Elon Musk has a firm strategic vision that will disrupt all players whether or not Tesla fulfils its valuation expectations as a vehicle manufacturer.

He calls full self-driving “one of the hardest technical problems…that’s maybe ever existed.”

The momentous transition from the internal combustion engine (ICE) to electric vehicles removes the competitive advantage of the global ICE giants, especially those of hitherto dominant German manufacturers. The software challenge was too complex for auto giant VW and its ID.3 whereas Tesla has not only solved the issue but deploys it in all its range from the earliest S-Series to latest models.

The other key competitive advantage of electric vehicles (EV) is the range and performance reliant on battery technology. Tesla was and remains a pioneer and leader.

"Besides AI and software, Mr Musk is also doubling down on Tesla’s original plan to build, alongside an affordable car, a zero-emission energy business. He has outlined the intention of producing three terawatt-hours of battery capacity within a decade, more than 12 times as much as the goal of Volkswagen, its nearest EV competitor. Besides bringing the cost of cars down to $25,000 a pop, the batteries will also go towards Tesla’s home-energy-storage business. That would create what he calls a “giant distributed utility” that can cope with increased electricity demand as more people use EVs, as well as provide grid stability at times of bad weather. Mr Dorsheimer, who is particularly bullish on Tesla’s solar and storage business, thinks its energy brand could become “Apple-esque”."

Nevertheless there are other, less magical factors that will determine ultimate success. Tesla is as constrained as much as any auto manufacturer by chip shortages and other supply chain constraints.

If Mr Musk is right that self-driving is the future of getting around, concerns about data-gathering and national security are bound to rise. China has already hinted it is sensitive to them. This year the government restricted the use of Tesla vehicles by military personnel and employees of some state-owned firms because of data-security concerns.

The “insanely hard” problems Tesla is trying to crack may seem the key to success but superpower politics which may seem like a minor irritation today can grow into the major hurdles to jump in the future.  Whilst Mr Musk can claim to be mastering the realm of physics, data and software the fact is politicians, bureaucrats and spooks run much of the real world.

That is a source of power that even the technoking cannot disrupt.

Such is the allure of Tesla’s whirring money machine that many now give the benefit of the doubt to Mr Musk’s more eccentric claims. His latest involves artificial intelligence (AI). In the future Tesla will be remembered not just as an electric-vehicle (EV) and renewable-energy pioneer, he says, but also as an AI and robotics company. He bases this on a belief that it is close to cracking the challenge of self-driving cars using just eight cameras, machine learning and a computerised brain in the car that reacts with superhuman speed. He calls full self-driving “one of the hardest technical problems…that’s maybe ever existed.” 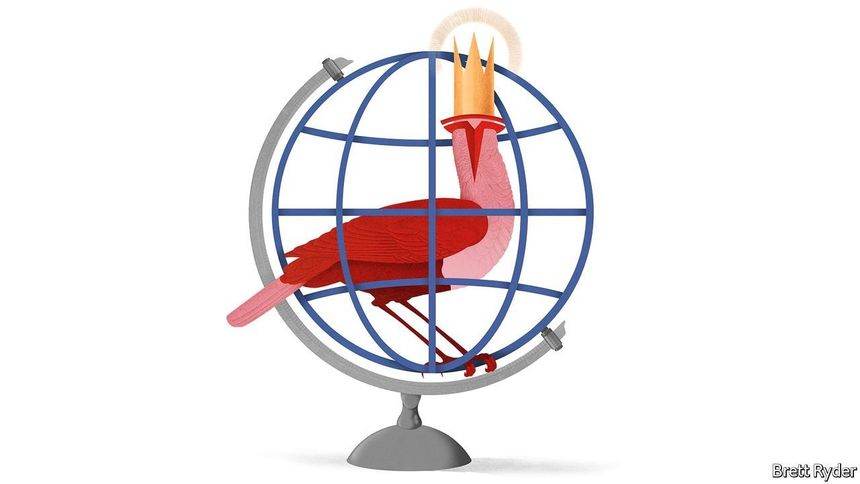 The magical realism of Tesla https://t.co/txAd7WF6Jh

“Cyber-paranoia may, of course, make it as hard to sell a Chinese car in America as an American car in #China.

And compared with the ‘insanely hard’ problems Tesla is trying to crack, even superpower politics must seem like a minor irritation.”https://t.co/0TEOjqxhab

The magical realism of Tesla | The Economist https://t.co/WnZ69QvSj7

"Jed Dorsheimer of Canaccord Genuity, a Canadian asset manager, starts with the invention of the printing press in 15th-century Europe when describing Tesla’s potential." https://t.co/cw194pPTSW